She was one of the most promising students in her school and would have graduated with High Honors but Allyza Marie Tecson’s dream ended due to dengue – and her father had to attend her graduation from Senior High School and accept her awards.

Allyza had dreams of becoming a flight attendant and had been a diligent student who worked hard to get good grades in school. Even while she was at the hospital for dengue, she did her best to complete her projects as she was truly determined to graduate. 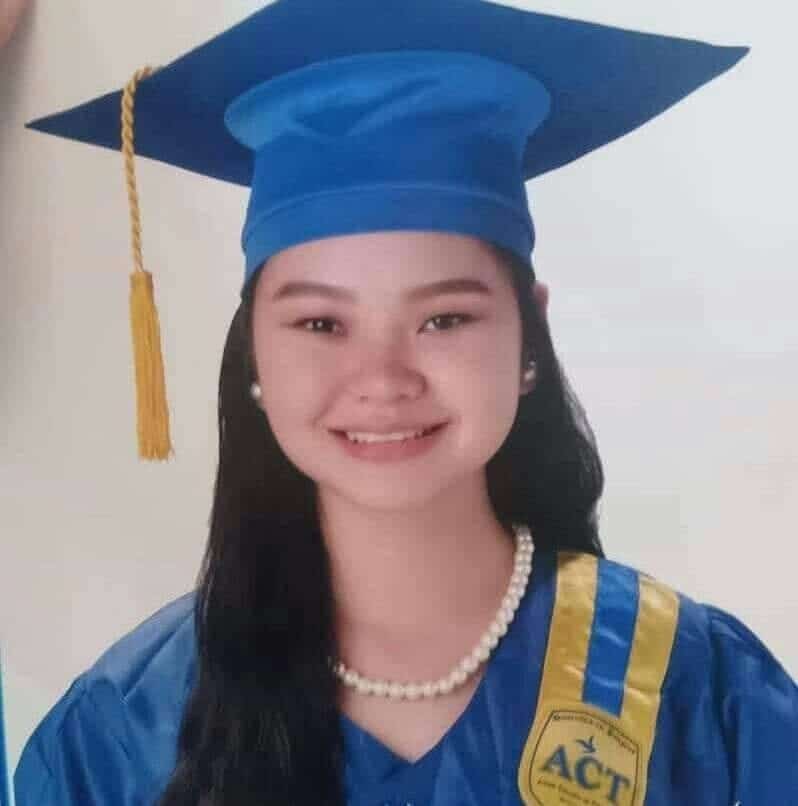 But though she’s a fighter, dengue had been too much for her young body to take. On March 15, the 18-year-old girl left this world even as her father, an overseas Filipino worker (OFW) tried his best to encourage her to live.

At the time, her dad Art Tecson Jr. was still in Saudi. He asked his family to make a video call so he could try and call on Allyza to fight harder, but he soon realized that her body could no longer take it anymore. He had to let her go.

“During the time (when) she was being revived by the doctors, I had my family put me on video chat so I can see my daughter. I kept saying, lumaban ka anak. Please, wag mong iwan si papa. But then I saw how weak my daughter was and finally said to her, anak give up na tayo. Pahinga ka na,” Art recalled.

Art was able to come home on March 21, three days before Allyza was laid to rest. 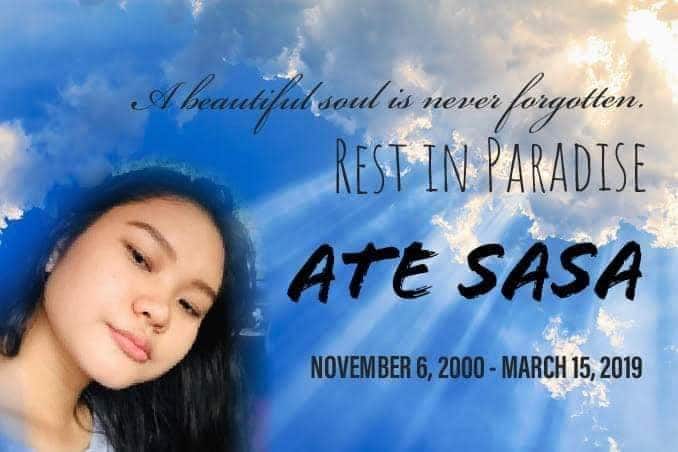 After learning that Allyza would have graduated with High Honors from the Senior High School Department of Asian College of Technology – Bulacao Campus in Cebu City, her dad decided that he would attend her graduation on her behalf, so he could accept the awards she had worked hard for. 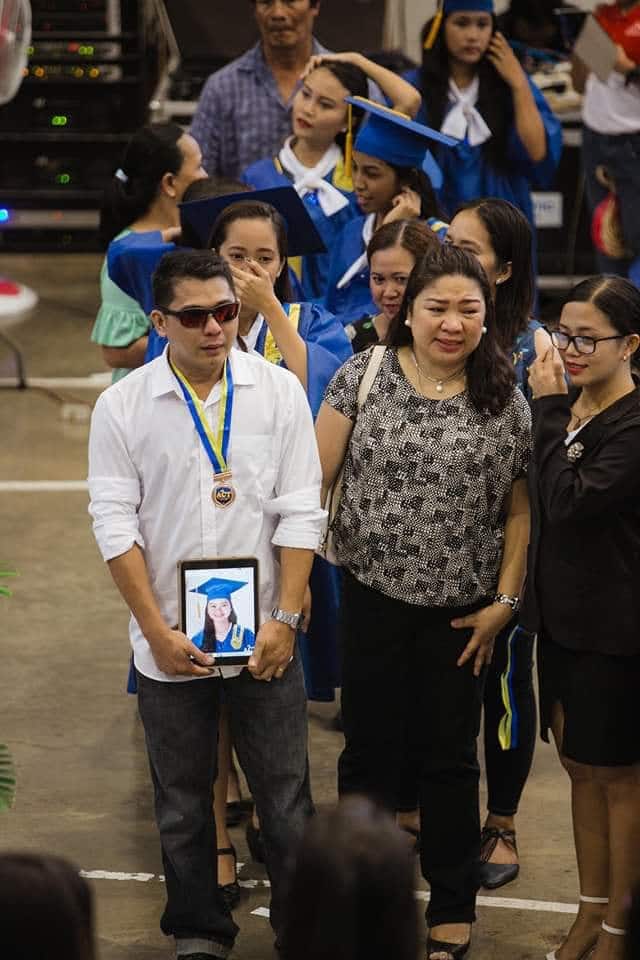 In a bittersweet moment that had everyone crying, Art and his elder sister, Maureen Tecson Dakay, went onstage carrying Allyza’s framed graduation photo as they accepted the award for her. Art proudly wore Allyza’s medal; though his heart was breaking. 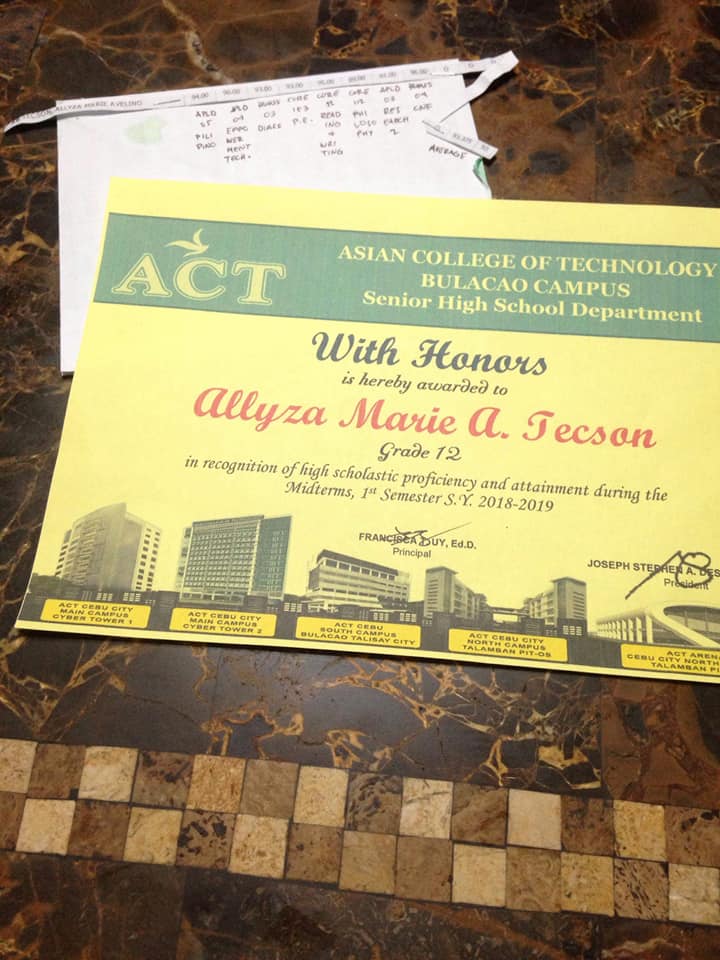 Needless to say, everyone was crying at the ceremony…