Teacher Shortage Affects Alabama, Many US States Due to Unruly Students

Unruly students, not just low pay, make teachers quit their jobs from many schools in Alabama! Sadly, this holds true in many other states that are now affected by teacher shortage. This is something that the state Department of Education finds difficult to fill.

Nearly 14% of America’s teachers are either leaving their school or leaving their teaching career altogether, announced study released last year by the Economic Policy Institute. What’s worse is that school systems are having a hard time replacing them because there aren’t too many teachers left who are willing to take on this challenging task.

More often than note, the low pay is a big factor. However, the study revealed that unruly students are to blame because, sadly, there is a growing lack of respect for the profession. 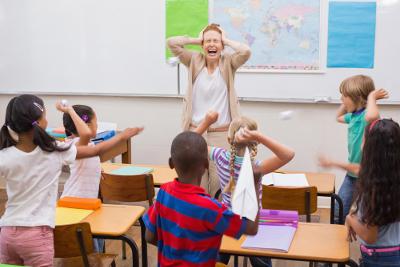 Recently, a Mobile County public school teacher quit his job and the teaching profession after just 2 months, citing the middle school students’ unruly behavior as main reason for his decision.

“At this point, I wouldn’t want to teach, knowing what I know now,” the teacher said. He spoke to reporters on condition of anonymity to protect his privacy.

With thousands in student loans after spending 4 years in college, it was a shock for him to experience this kind of treatment in the school. While he was told that he’ll be handling 24 students per class, the reality is that there are as many as 36! What’s worse, the students aren’t really interested in learning and don’t have respect for teachers.

“Having students playing video games on their phone, just getting up, walking around, yelling at each other as if they were just hanging out at the house instead of at a school where they were there to learn,” the teacher revealed.

He tried to reason with the troublemakers but was just ignored.

A representative of the Alabama Education Association, Abigail Davis, admits that the teacher shortage is a big problem, especially because the unruly students are to be blamed. She added that the problem is difficult to solve because, more often than not, behavioral problems don’t start at school.

So, what can the teachers do? According to the spokesperson, there are several options available for the teachers. One is into the system’s “employee assistance program” for help with stress management. Another is talk to their school supervisor and human resources administrator to help them deal with the problem.

The third is talking with a classroom mentor, identified as a senior or more experienced teacher who are supposed to help new teachers work through their problems. But the former teacher admitted that this is of very little help to him; thus, he now seriously considers leaving the teaching profession and find a better-paying, less-stressful job.

Joy is a licensed chemist who left the lab for love! She loves to write, write write! So, she chose to become a writer rather than continue being a chemist as this job enables her to spend more time with her husband and their two kids...
Previous Schools Implement ‘Water Bell’ to Keep Students from Becoming Dehydrated
Next Girl Earns Praise for Diligently Going to School, Even If She Only Eats Rice but No Viand

Working Student Inspires, Makes Dad Feel Happy Even if They Didn’t Have ‘Handa’

Working Student Who Spent 9 Years in College, Ranks Top 9 in Board Exams

A lot of teachers have a reputation for being strict. And when a teacher is …